Project implemented under the ARISTEIA Action of the “Operational Programme for Education and Lifelong Learning” and is co-funded by the European Social Fund (ESF) and National Resources of Greece.

Structural redundancy (indeterminacy) and the increasing resistance of structures as deformation increases (positive stiffness) are deeply rooted concepts in modern structural engineering. These design concepts lead in several occasions to the attraction of large seismic forces and even when a ductile structure can accommodate large deformations it may end up with appreciable permanent displacements; therefore, the need for re-centering. On the other hand, ancient, free-standing temples which have survived the test of time are articulated structures (mechanisms) which exhibit negative stiffness. The remarkable seismic stability of ancient free-standing, rocking monuments is partly due to a size-frequency scale effect that renders large, free-standing, rocking structures most stable; and partly because the heavier the freely supported cap-beam atop the columns is (epistyles with frieze atop) the more stable is the rocking frame regardless the rise of the center of gravity due to the cap-beam.

In view of the appreciable damage to the hinge zones and the resulting permanent lateral displacements which are inherent to the current seismic resistant, ductile design practice, during the last decade there has been a growing effort to direct the attention of bridge engineers to the advantages associated with allowing bridge piers to uplift or, more generally, to rotate intentionally at specific “plastic hinge” locations by mobilizing a lower failure mechanism. At the same time, the existing cast-in-place, monolithic paradigm in modern bridge construction is gradually being replaced by precast components; while, the accelerated bridge construction technology is receiving wide acceptance worldwide. 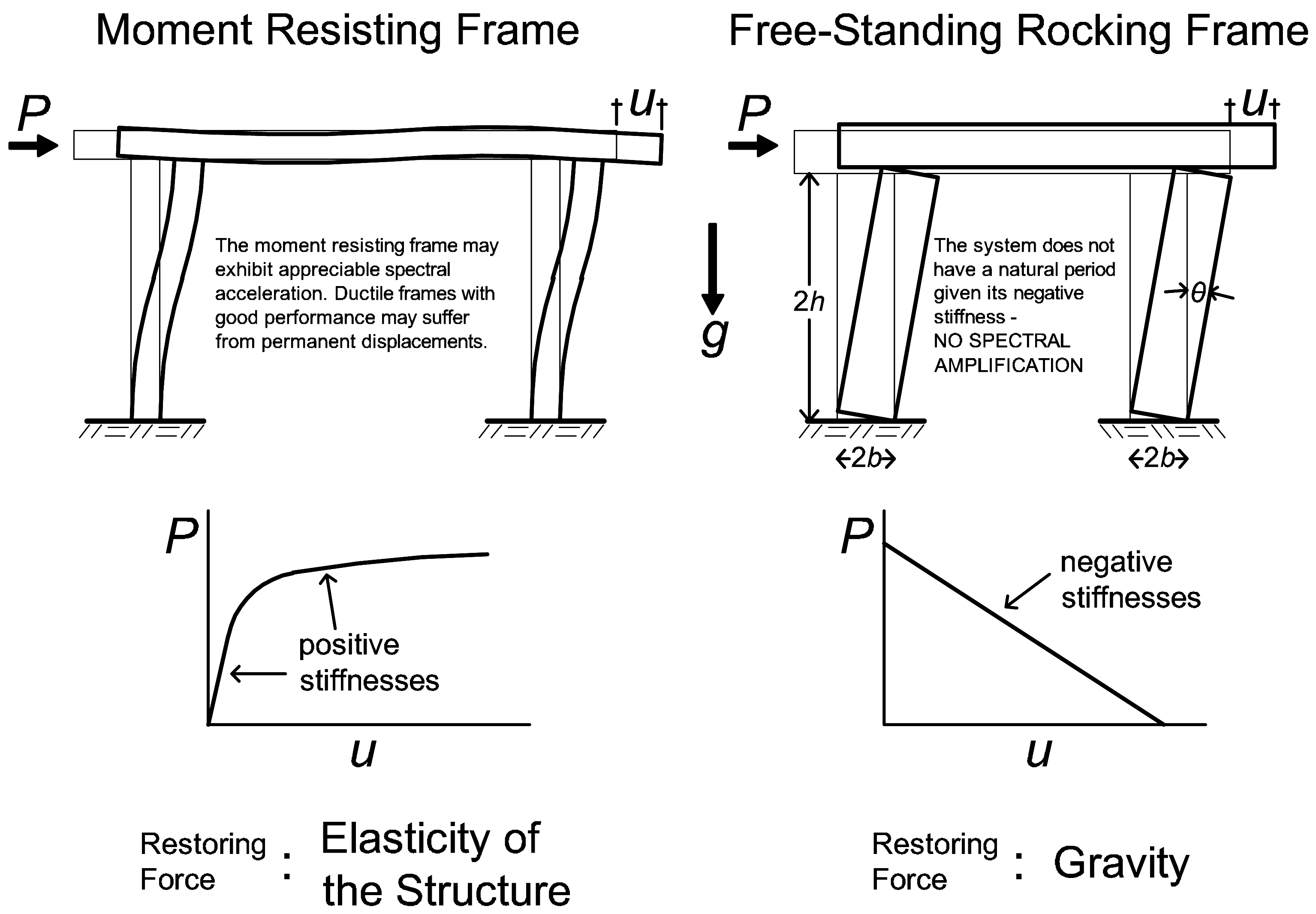 This action is an in-depth investigation that builds upon the ample post-uplift seismic resistance of tall, free-standing rocking structures and aims to establish rocking isolation as an economical and sustainable seismic protection strategy for modern bridges. In order for the proposed approach to be implementable, several theoretical and practical challenges have been addressed:

The action has supported the research of 3 PhD students and 3 post-doctoral researchers. The original contributions and findings of the project have been published in peer-reviewed archival journals (12 papers), in conference proceedings (5 papers) and books (2 chapters).